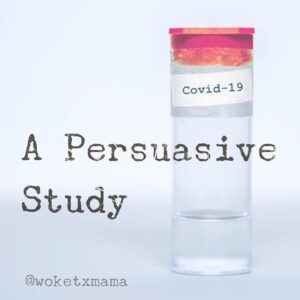 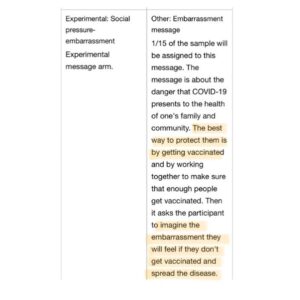 Vaccine confidence scale: This scale will be used to assess the impact of the messages on vax confidence.
⠀⠀⠀ ⠀ 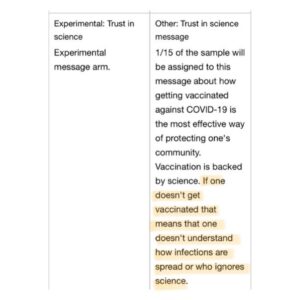 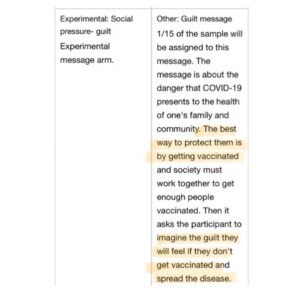 Fear of those who have not been vaccinated: This is a measure of a comfort with an unvaccinated individual visiting an elderly friend after a vax becomes available. 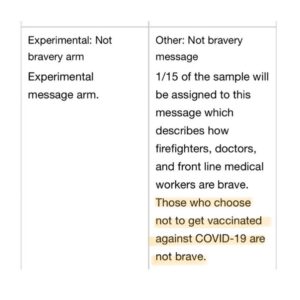 Social judgment of those who do not vaccinate: This is a scale composed of 4 items measuring the trustworthiness, selfishness, likeableness, and competence of those who choose not to get vaccinated after a vax becomes available.
⠀
TESTING:⠀⠀ ⠀
Yale University
New Haven, CT
𝐈𝐧𝐜𝐥𝐮𝐬𝐢𝐨𝐧 𝐂𝐫𝐢𝐭𝐞𝐫𝐢𝐚: At least 18 years of age, US resident.
𝐄𝐱𝐜𝐥𝐮𝐬𝐢𝐨𝐧 𝐂𝐫𝐢𝐭𝐞𝐫𝐢𝐚: Younger than 18 years of age, Non-US resident, Do not consent
⠀⠀⠀ ⠀
Again, could the message be any clearer? Shoving this vaccine agenda down. our. throats. It’s fine. I’m fine. Everything is fine. 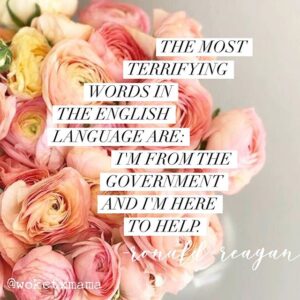 Using babies for research without parental knowledge or consent. This. is. NOT. okay!!! 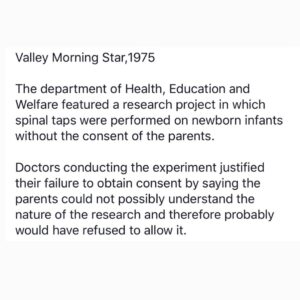 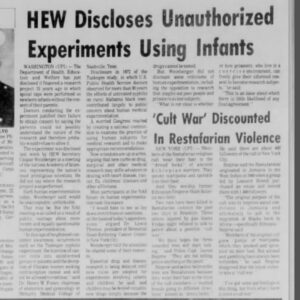 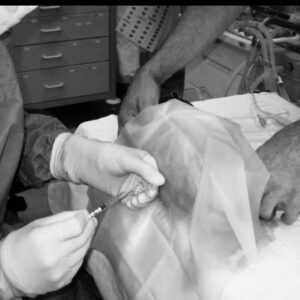 But wait! There’s more… Patients in VA hospitals and prisoners have been used for testing, experimental Hepatitis B vaccine trials…
⠀⠀⠀ ⠀
Experimental vaccines — those not approved by the FDA and therefore illegal — administered to members of the armed forces without informed consent – Clint0n’s 0rders.
⠀⠀⠀ ⠀
Tuskegee Syphilis Study, CDC Study of Experimental MMR Vaccines,
Surgical Experiments on Enslaved People, The Cloning of Henrietta Lacks’ Cells, The Pellagra Incident, Operation Paperclip, Agenda 21… the list goes on & on! Are you getting the idea? 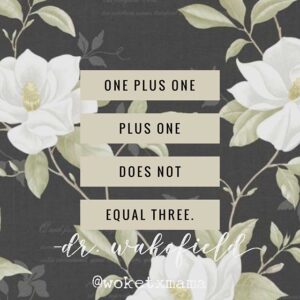 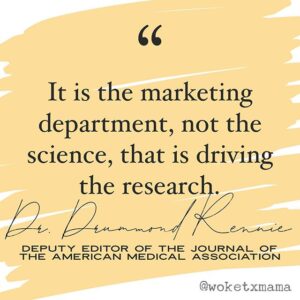 It is the marketing department, not the science, that is driving the research.
-Dr. Drummond Rennie, Deputy Editor of the Journal of the American Medical Association

The CDC owns 56 vaccine patents and buys and distributes $4.6 billion in vaccines annually through the Vaccines for Children program.

Americans Can Handle an Open Discussion on Vaccines—RFK, Jr. Responds to Criticism from His Family