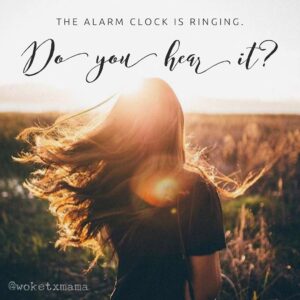 California & New York were sadly the alarm clock that sounded a HUGE WAKE UP call to the masses. There’s no time for hitting snooze on this one.
⠀⠀⠀ ⠀
Love ALWAYS protects. Always trusts. Always hopes. Always perseveres. Love NEVER FAILS.
1 Cor. 13:7-8
⠀⠀⠀ ⠀
RFK Jr’s NJ State House speech, Jan. 6, 2020 – a reminder of WHY we are in the fight…
⠀⠀⠀ ⠀
“The four companies that produce all 72 vaccines that are mandated for American children, every one of them is a convicted felon. Since 2009, those four companies collectively have paid $35 billion dollars in criminal penalties and damages and fines for defrauding regulators, for falsifying science, for bribing doctors, for lying to the public, and for killing lots and lots of people.
⠀⠀⠀ ⠀
Vioxx, a drug made by Merck, they knew it would cause heart attacks. They sold it as a headache pill. They didn’t tell people, you won’t have a headache, but you might have a heart attack. Of course, if they had, not too many people would have bought it.
⠀⠀⠀ ⠀
So, they decided to keep it a secret. They killed a hundred and twenty thousand people minimum, probably five hundred thousand people. So I said to Adam Schiff, ‘What kind of cognitive dissonance does it require, to believe that this company, which is lying and cheating and killing with every other pharmaceutical product it makes, has found Jesus when it comes to vaccines?’ Everybody knows you can’t sue a vaccine company. That’s why we had this gold rush explosion of vaccines beginning in 1989.”
⠀⠀⠀ ⠀
Many do not believe vaccines harm children because the mere thought of it is so unthinkable. It requires a level of critical thinking and a loss of status & income, making most unwilling to step out of line. Those who have ears, let them hear.
⠀⠀⠀ ⠀
Stay vigilant, my friends. The more of us that rise up, the easier this yoke will be. The alarm clock is ringing.

Do you hear it?